Methods for gaining a predictive understanding

This framework advances our understanding of the online trade in wildlife products, producing tools that can track changes in this trade as traders and consumers respond to technological advances and increased online enforcement. It supports this element for several of our case studies.

The internet presents a new frontier for all forms of trade, both legal and illegal. The rise of more legitimate online auction and trading sites, such as eBay and Alibaba, has been mirrored by markets for illegal goods, particularly drugs, such as the Silk Road online marketplace. Illegal online markets make use either of state-of-the-art technologies such as Tor’s hidden services to allow websites to function without being traceable by law enforcement, or alternatively may rely simply on the complexities of legal enforcement across jurisdictions as protection (Brown et al., 2013).

The few studies carried out to date on the illegal online wildlife trade (e.g. IFAW’s 2013 study of ivory sales on ebay) suggest that it is substantial, and that it occurs primarily on the public web (e.g. on online auction sites such as e-bay, on social media platforms like Facebook, and directly via the websites of traders). The ongoing demand for such products, the continual evolution of online communities and technologies, and increasing attempts to curtail this trade are likely to mean that the online wildlife trade will both grow and become more dispersed and challenging to monitor in the next few years. This makes monitoring of both the dark web and the public web necessary in order to understand how the modern trade in wildlife products will develop, and predict and pre-empt attempts to circumvent enforcement.

As part of our progress with this framework, we have now produced a number of datasets and associated analytical tools that feed into other components of the programme, as well as resolving some key practical and ethical issues with investigating the online component. As part of this framework, our team is working closely with collaborators fostered with the IFAW’s Global Wildlife Cybercrime Action Plan.

For key outputs on online trade in saiga, jaguar and pangolins, see our Case studies page or contact us.

We use the Medical Research Council’s revised framework for developing and evaluating complex public health interventions to guide approaches to intervention design, implementation and evaluation. This framework supports virtually all our case studies by providing expertise in behavioural change and impact evaluation. It also enables us to provide guidance to the wider wildlife trade community through expert input to external projects.

The importance of theory-based design and evaluation of interventions is well established (Chen & Rossi, 1983; Michie et al., 2005; Rogers & Weiss, 2007; Weiss, 1997). Key to this is an explicit programme theory or theory of change; a description of the causal chain of activities intended to produce a positive intervention outcome (Fraser et al., 2009). The benefits of such theories include more effective interventions, a better understanding of why they are effective, and improved implementation (Bonell et al., 2015; Cooksy et al., 2001; Kinmoth et al., 2008). Researchers commonly specify theories of interventions with the help of stakeholders, using formal consensus processes such as the Delphi and nominal group techniques (Julian, 1997; Van Urk et al., 2015).

Conservation has suffered from a lack of proper design and evaluation, resulting in an ineffective use of resources and impacts that cannot be measured (Salafsky et al., 2002, Crees et al., 2016). Without an adequate evidence base, projects can be implemented based on wishful thinking (Margoluis et al 2013). Well-designed projects are based on clear objectives, explicit theories of change, supported by research, with built-in monitoring and evaluation, thus allowing evaluation of outcomes, lesson learning and adaptive management to take place (Stem et al., 2005, Margolouis et al., 2009, Sweeney, 2011). However, examples of conservation interventions that fulfil these design criteria are still limited (Pullin & Knight, 2001, Ferraro & Pattanayak, 2006, Crees et al., 2016). Many project management tools are now available to conservationists (e.g. Miradi (CMP, Sitka, 2016), Foundations of Success (FOS, 2016) & CCF Framework (Kapos et al., 2008)], but few studies have evaluated whether projects are actually following the basic criteria for good design and evaluation (Ewen et al., 2014).

As part of our progress with this framework, we have now produced a large number of publications, which have played an important role in strengthening our understanding of consumer decision making across a number of products, countries and species. As part of this framework, our team is working closely with collaborators fostered with the IFAW’s Global Wildlife Cybercrime Action Plan.

For key outputs on saiga horn intervention approach, pangolin use from China and Vietnam, with a focus on the use of celebrities to influence consumer behaviour for the latter, songbirds in Indonesia, and sharks in China please see our Case studies page or contact us. 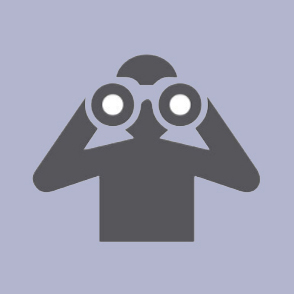 This framework connects the programme with the supply side of wildlife trade to support effective policy decision-making through three main strands:

New large-scale policy interventions, technological advances and social change take us into unknown territory in terms of how demand will respond. A predictive approach is required to understand how these external drivers will impact on the outcomes of interventions. Currently there is very little emphasis on predictive conservation science pertaining to people’s responses to interventions and external events; this is something our team has highlighted (Milner-Gulland, 2012, Nicholson et al., 2009), and has been touched on by other researchers (e.g. Polasky, 2005, Oliver et al., 2015). Within economics, predictive modelling, both theoretical and empirically-based, is much more standard (e.g. Giglio et al., 2016 on predicting macroeconomic shocks). Similarly, much climate science is about prediction (e.g. Allen & Ingram, 2002). Conservation can learn a lot from these subject areas about how best to predict changes in conditions and their effects on market and consumer behaviour, and develop interventions that are robust to these changes.

Framework 3 draws together our research in the case studies to consider the potential outcomes of policy interventions. It demonstrates also the potential of participatory model- building, with the development of a theoretical model for particularly contentious policy issues. Finally, through development of a theory of change it provides a tool for evaluating the likely impact of international wildlife trade policies in CITES.

This will enable us to explore how external change and interventions may interact to drive wildlife markets, and hence the impact of the illegal wildlife trade on biodiversity. Importantly, it will also highlight the remaining critical uncertainties in determining outcomes and emerging issues, which will shape our future research agenda.