In 2014, San Diego Zoo Global (SDZG) began collaborating with Free The Bears, a number of universities and governments in SE Asia to address wildlife trade. The aim was to develop a framework that could be eﬀectively and easily used by diverse organisations, regionally to gather data on the public knowledge, attitudes, behaviours, preferences, inﬂuences and consumption patterns of wildlife products. With a core set of questions, and the use of complementary methods (in-person surveys and semi-structured interviews), data collected from Vietnam, Cambodia, and Laos can be analysed together to begin to provide a better regional picture of the dynamics and drivers of wildlife trade consumption. Not only will this inform the development of demand change interventions, but this will also allow researchers to track outcomes of such efforts to gauge efficacy over time. There are numerous researchers and organizations gathering data across the region, but unfortunately the data is not necessarily sharable.

We began with preliminary surveys about bears and use of bear parts in northern Laos from Lao nationals, Western tourists, and Chinese tourists. The goal of these surveys was to understand perceptions of bears in northern Laos, as well as to understand what aspects of the questionnaire worked, and did not work, in a Southeast Asian context. Results thus far indicate that knowledge about the link between bear part usage and decline in bear populations is low among Lao people, but high among Chinese tourists visiting Laos. It is possible that this greater knowledge of use and impact on bear populations is what has caused Chinese tourists to cite their preferred bear bile type as synthetic, rather than from wild bears, though further investigation is needed.

Lessons learnt informed an improved and refined questionnaire which is currently being used in surveys in Cambodia, again on bears and bear parts. At the same time, semi-structured interviews also took place in Phnom Penh, resulting in qualitative data that will complement the results found in the quantitative survey. Preliminary results identify bear part use to be among middle to upper-middle status Cambodian individuals, particularly when an individual has a connection or affinity towards Chinese individuals. Bearskin was heavily cited as a product in use, but the lack of wildlife trafficking data for bearskin highlights the need to explore this further.

In collaboration with Free The Bears, Animals Asia, TRAFFIC Vietnam and the Oxford Martin Programme on the Illegal Wildlife Trade (OMP-IWT), we will build on the work from Laos and Cambodia with public attitude surveys across Vietnam on bears and bear part usage, as well as on tiger part and saiga horn (ling yang, 羚羊) usage.

The OMP-IWT case study on bear bile in China aims to include core elements of the SDZG SE Asia bear surveys, working towards gaining a regional understanding. Greater reﬁned mixed-methods research will be imperative for truly understanding the trends and patterns we isolate in IWT. The OMP-IWT is sure to be a dynamic research-to-action body, utilising complementary mixed-methods applications and catalysing collaborations. 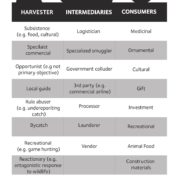 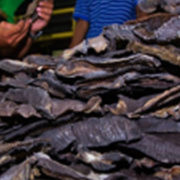 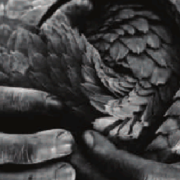 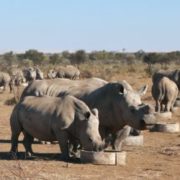 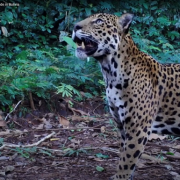 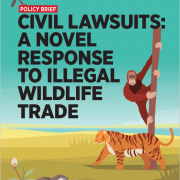 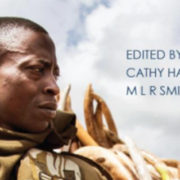