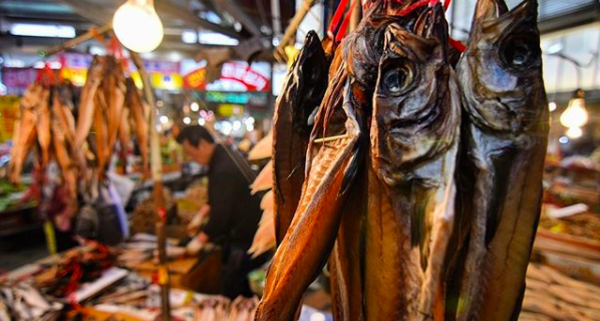 Originally published in The Conservation

The early stages of the COVID-19 pandemic have been linked to a “wet” market in Wuhan, in the Hubei province of eastern China. Wet markets are common in Asia, Africa and elsewhere, selling fresh fruit and vegetables, poultry, fresh meat and live animals, including wildlife. Reports initially indicated that the coronavirus which causes COVID-19 may have been transmitted to people from wildlife at this wet market because of unsanitary conditions.

The pandemic has led to some wildlife conservation organisations to call for blanket bans on wildlife trade on public health grounds. They include bans on commercial trade in wildlife for human consumption and the closure of these markets. More extreme calls from more than 200 organisations include ending the keeping, breeding, domestication and use of all wildlife, which also covers traditional medicine.

But blanket bans are unlikely to benefit people or wildlife, and are unfeasible because they overlook the complexity of the wildlife trade. The COVID-19 outbreak should not be used opportunistically to prescribe global wildlife trade policy. A more appropriate response would be to improve wildlife trade regulation with a direct focus on human health.

Wildlife is used globally on a daily basis, from medicinal plants and edible fungi, to wild meat in Europe, North America, Southern Africa and elsewhere. Wildlife trade enables people in many parts of the world to meet their basic needs and can provide livelihood benefits from harvesting or farming.

Despite the way it is often presented, wildlife trade involves far more than animals harvested in tropical regions and sold in China. It includes species from land, freshwater and marine habitats, including fisheries, in production systems ranging from wild harvesting to captive breeding. It takes place at local and international levels, includes legal and illegal, sustainable and unsustainable components, and is measurable in billions of dollars annually.

Bans are seldom the answer

Unquestionably, wildlife trade regulations require review in response to COVID-19 for public health reasons. However, while bans may appear to be a logical solution, their impact on public health cannot be assumed to be positive. They could also do more harm than good for biodiversity. Typically, prohibition does not deter all traders in marketplaces. This would mean that trade in some products would likely continue illegally. Traders would be motivated by financial profits, with an increased risk of trade being controlled by organised crime.

Bans may not stigmatise consumption either, especially where products are socially desirable, meaning consumer demand for many products would persist. This is a public health concern because, unregulated, such trade would likely be clandestine and, if unsanitary, could pose the risk of transmitting disease from animals to humans. Bans, especially where they remove legal supply options, such as captive breeding, could raise perceptions of scarcity, and drive up black market prices and increase incentives for poaching. This could accelerate the exploitation and extinction of species in the wild.

The outcome for wildlife economies would also be uncertain. For example, the wildlife “breeding economy” in China is estimated to involve 14 million people and be worth more than US$74 billion annually. The fate of animals under human care and the people employed in these industries would require consideration. In China, bamboo rat and badger farmers are to be compensated and given grants for new businesses following the closure of almost 3,000 farms in response to COVID-19.

To be effective, bans would need to be largely in step with local social norms and well enforced. But this is unrealistic in many parts of the world where law enforcement is cripplingly under-resourced in terms of technology and manpower. Local people may also challenge the legitimacy of any bans. Requiring agencies to enforce comprehensive bans in these circumstances would most likely overwhelm them.

Even where there are strong laws and enforcement, implementation is challenging and illegal trade still occurs frequently, such as the harvesting and trafficking of the European eel in Europe. It is also unlikely that law enforcement would receive the financial investment necessary to enforce bans in the long term, due to political constraints on spending and other more urgent priorities.

Banning all wildlife trade is a knee-jerk and potentially self-defeating measure. A more appropriate response would be improving regulation of wildlife markets, especially those involving live animals. This should include full consideration of public health and animal welfare concerns to ensure there is low risk of future animal-to-human disease outbreaks.

This could be achieved by focusing on highest-risk species and improving conditions along supply chains and in markets, such as health and safety and sanitation, and regular animal health checks. These practices could draw on existing standards that apply to regulations for transporting live animals by air.

Like bans, any new or revised regulations would require enforcement. But approaches such as “smart regulation” could be used to aid the process. This could ensure that new measures are culturally appropriate and incentivise local people, traders, buyers and law enforcement agencies to comply. Devising regulations in this way would mean they are more likely to be effective, rather than undermined which a blanket ban would do.

Rushing to indiscriminately ban all wildlife trade in response to COVID-19 would not eradicate the risk of animal-to-human disease outbreaks. It could also have a severe impact on livelihoods and biodiversity. Improved regulations that focus on health, if implemented well, would avoid these effects while ensuring a low risk of future disease outbreaks. 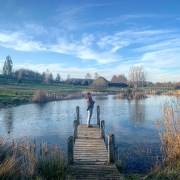 On COVID-19, and rebalancing our relationship with nature 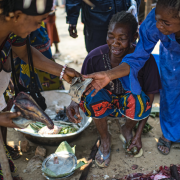 The COVID-19 response and wild meat: a call for local context 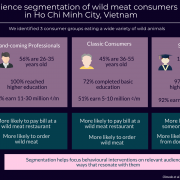 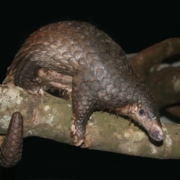 OMP-WT What are the origins of novel human infectious diseases like COVID-19? 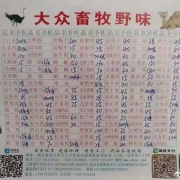 OMP-WT China’s Announcement on Wildlife Trade – What’s New and What Does It Mean?

On COVID-19, and rebalancing our relationship with nature

The COVID-19 response and wild meat: a call for local context
Scroll to top