From orchids to otters, cheetahs to chimpanzees, social media offers another perspective of species endangerment. Initiated in 2018, our horizon scan of emerging IWT issues identified:

“Social media is relevant to traders, consumers, researchers and law enforcers, as a platform for sales, influence (both negatively and positively), and data source.” Subsequently, it was prioritised as one of the top issues of future importance.

Social media acts as both a marketplace and a forum where behaviours associated with IWT can be stimulated or deterred. Two years on, our findings hold even greater significance as online wildlife trade continues, with new challenges (including COVID-19 induced shifts) multiplying the need for proactive action.

Increasing mobile device and social media usage enables sellers to connect directly with buyers, and co-ordinate with other actors along supply chains 24/7. For example, live great ape trafficking is described as an ‘expanding extractive industry’ and valued between USD 2.3-18.8 million annually. Animals are advertised even before transport and pricing are agreed upon, often via private, encrypted messaging platforms. Hashtags and key words are often employed to maximise ad searchability for prospective buyers.

During our initial assessment in 2018, regulating IWT activities (including advertising and transacting) was largely left to users, with host platform companies offering minimal response. IWT was not within-scope for moderators, and users had virtually no reporting mechanisms. In recommending a path forward, scanners stressed that tackling IWT on social media ought to be embedded in broader conversations around transnational e-governance, with companies themselves assuming leadership and contributing more than ad-hoc responses, particularly as algorithms typically connect actors along supply chains faster than moderators can action ‘take-downs’.

With calls for intelligence-led wildlife cybercrime enforcement and co-ordinated policy responses across e-commerce, search, and social media companies, WWF, TRAFFIC and IFAW launched the Coalition to End Wildlife Trafficking Online in 2018. This year, the Coalition (which boasts 30+ companies including Facebook, Instagram, Pinterest, Tencent and Weibo), reported removing or blocking 3,335,381 endangered species listings from their platforms as well as isolating 1000+ suspicious code words. However, with the dark figure of crime looming, it’s difficult to fully comprehend the precise extent of impact. 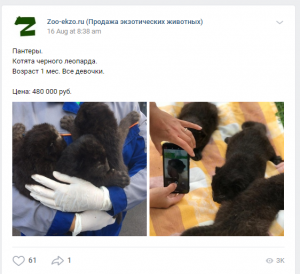 At CITES CoP18, parties considered a range of species listings and one notable topic was “CITES in the selfie era”. In fact, social media isn’t only a virtual marketplace for IWT but a means to promote activities driving the wild extraction and/or exploitation of wildlife for commercial purposes.

Nowhere is this more apparent than unethical wildlife tourism, where tourists continue to put themselves and wildlife at risk for ‘shareable’ content. A quick online search will no doubt generate images of tourists riding or bathing elephants, cuddling cubs, drinking kopi-luwak…whatever is on-trend. 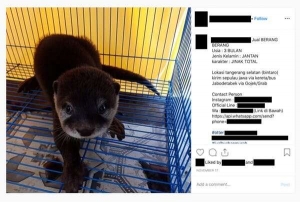 One of the latest trends sees wild animals including otters, meerkats, slow lorises, pygmy marmosets and sugar gliders held in close quarters to service Japan’s Exotic Animal Café scene- frequented by Youtube vloggers and Instagram influencers. The scene has also fuelled the illicit market for exotic pets. A recent study found that an increase in social media activity between 2016-2018 may not have only driven an increase in otter popularity, but also created and disseminated misinformation about their suitability as companions.

Misperceptions of wildlife as ‘domesticated’ through the normalisation of close contact in characteristically human settings has impacted wild populations. TRAFFIC identified the pet trade to be the most pressing threat to the survival of otters in South-East Asia despite domestic and international law. In response to evidence presented at CITES CoP18, parties voted to add two more species to CITES Appendix I, affording them the highest level of protection with respect to international trade controls. However, with regulators like CITES generally operating reactively to evidence of species decline, it is clear more needs to be done to target behaviours that create permissive attitudes to illicit wildlife trade. 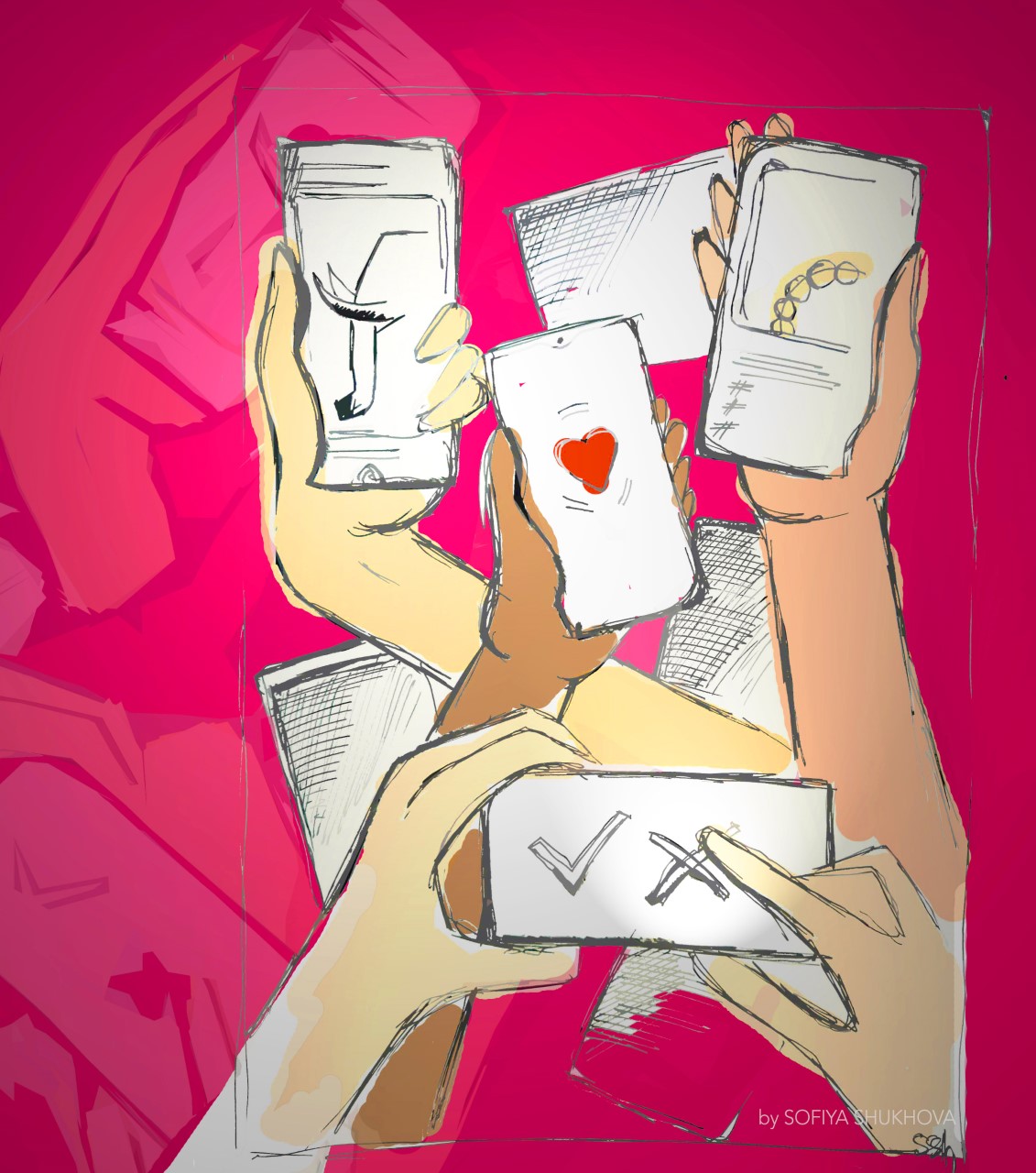 As demonstrated in the otter trade, misinformation circulates just as quickly as fact online. Rhino horn continues to be the subject of countless myths, from the false belief that it was widely used as an aphrodisiac in Traditional Chinese Medicine, to more recently being touted as a COVID-19 cure marketed on social media by sellers in China and Laos. The use of misinformation in policy and practice (Issue 5) was one issue canvassed in our scan where social media acted as a force-multiplier. Indeed, one of the key strengths of our methodology was spotting where issues intersected, paving the way for future scans to expand on these linkages towards integrated solutions.

A tool for good?

It’s not all bad news though. Social media can be central to campaigns promoting a culture of safety and respect for wildlife. In recent years, social media has also given users a place to mobilise conservation action from frustration, for example, following the loss of Cecil the Lion or the last male Northern White Rhino, Sudan. It also provides a plane for behaviour change researchers to plot out interventions aimed at influencing individual users (including traffickers), networks, and larger institutional actors. Given the demand-driven dynamics of many IWT products and derivatives, investment in research and education campaigns are well-placed to yield positive impacts.

The purpose of horizon scanning isn’t merely to identify what lies ahead, but to gather intel to change course before the storm strikes. With species continuously vulnerable to endangerment or extinction, evidence-based action must prevail before time runs out.

With thanks to Nafeesa Esmail and Catherine Workman for their helpful inputs into this piece.

Zara Bending is an Associate at the Centre for Environmental Law, Macquarie University and an expert with Jane Goodall Institute Global’s ‘ForeverWild’

On the IWT horizon: Species discoveries and descriptions that fuel wildlife...

On the IWT horizon: Reshaping Africa’s role of wildlife trade and its relationship...
Scroll to top