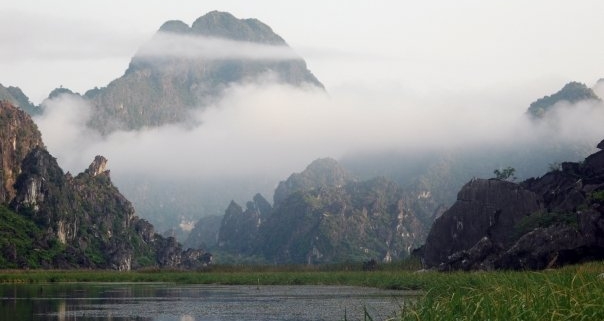 It is tragic, but true that scientists cannot always be honest in describing where newly discovered species live, as that information can be – and has been – used by wildlife traffickers.

With scientific research increasingly available and open to the public online, poachers are more easily able to use scientific publications and other media outlets that describe commercially valuable new species and their locations for their own benefit. Beautiful and unique plant and animal species, especially those with small home ranges endemic to islands or specialized habitats are particularly vulnerable. This isn’t alarmist speculation: a newly discovered Vietnamese orchid was wiped out by commercial collectors less than a year after researchers identified and described it; similarly, a turtle from the Indonesian island of Roti was nearly driven to extinction shortly after scholars published its description and location. These are just two instances; examples abound.

The problem is not only restricted to species collected for the pet trade. Plants and animals collected for use in Traditional Chinese Medicine and animals desired for the bushmeat trade are also targeted once discovered. For example, the silver-backed chevrotain, a so-called ‘mouse-deer’ was rediscovered in 2019 in Vietnam after 30 years of the scientific world believing it had been driven to extinction. The authors withheld detailed geographic information, given the region’s extensive commercial wildlife trade, and the chevrotain’s popularity as wildlife meat. 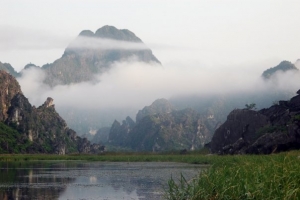 If locality data are endangering species scientists themselves want to protect, why not omit such information altogether? There are valid reasons to publish species discoveries and descriptions. Describing new species encourages additional research that is needed to develop conservation measures on what are often endangered species. Species discoveries are also a fantastic way to excite the general public about the natural world.

Unfortunately, there has yet to be a unified approach by scientists, journals, or media outlets (or much coordination in general) in reporting discoveries and sharing species descriptions. For instance, the International Union for the Conservation of Nature (IUCN) stores nonpublic maps of some endangered species threatened by trade; some journals do the same. While publishing, some scientists and scientific journals withhold sensitive, detailed data from species descriptions, while some authors provide that information only upon request. Others have called for scientists to exercise self-censorship and only share detailed locality information with governments. Yet, some still refuse to withhold such details entirely.

Given this fragmented approach to publishing location information, how can scientists and publishers resolve and realign objectives? There is an inexorable push towards more open access data, exasperated by the scientific desire to be complete and factually descriptive, but along with that data need, there are paramount policy concerns of confidentiality. If all organizations could adopt and adhere to a single framework of policies to limit access to sensitive information, it would make it more difficult for illicit traders to find newly described (or rediscovered) species. This would certainly ensure the tools and information of scientists aren’t used to harm the species that they seek to study. Given that some mediums do not yet exclude or discourage geographic coordinates, now is the time for new policies and the adoption of formal guidelines to withhold locality data, especially for those species likely to be in high demand due to their beauty or uniqueness. 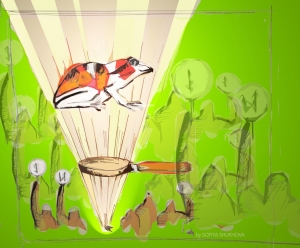 In our recently published Emerging illegal wildlife trade issues: a global horizon scan, we highlight species discoveries and descriptions aiding and increasing trafficking as one of the top 20 significant issues affecting the illegal wildlife trade. Since the initiation of the horizon scan in 2018, a co-author helped write and publish another paper stressing the importance of security considerations in publishing conservation spatial data. That paper proposed using geo-indistinguishability to preserve location privacy, a novel approach in conservation, which should be encouraged and if widely adopted by the scientific community could avoid future harm.

Our paper (see Supplementary Material Appendix 3) offers other solutions, such as conducting market research to address taxa or groups that are particularly vulnerable (such as orchids mentioned above) and adapting strategies accordingly to minimize the risk of illegal commercial exploitation. We also suggest that risk communications be targeted to value chain participants, being careful not to unintentionally increase desirability to consumers. Here’s to the hope that in the coming years scientists and publishers take more concrete, standardized action to close gaps with effective policies and realign competing demands: to publish and share data whilst conserving imperiled species.

With thanks to Nafeesa Esmail and Jack Lam for their helpful inputs into this piece.

On the IWT horizon: Haiwei—Identifying the connection between a global demand...

On the IWT horizon: Social Media – an emerging marketplace for ideas, (mis)information,...
Scroll to top