Seahorses (Hippocampus spp.) are a group of marine fishes that are unique in their body shape, life history and uses. With a bony body of a fish, head of a horse and tail of a monkey, seahorses have attracted many people’s curiosities. In contrast to many other animals, male seahorses become pregnant and some seahorse species are seasonally monogamous (having only one mate at a time). Seahorses are also used in traditional medicine, which is believed to be effective against infertility, asthma, and many other illnesses. Thus, seahorses have become an important income source for many fishers and traders.

Seahorses have faced increasing pressures from various anthropogenic impacts. More than 37 million seahorses per year are estimated to be extracted globally, mostly as incidental catch from non-selective fishing practices. A majority of the seahorses caught are traded for traditional medicine, for curios or to be kept in aquariums. This large-scale global seahorse trade has resulted in the whole genus (Hippocampus spp.) being listed in the Appendix II of the Convention on International Trade in Endangered Species of Wild Fauna and Flora (CITES). This means all international exports of wild seahorses are only permitted when export countries can ensure the trade is sustainable. Subsequently, after listing seahorses on CITES, many countries have banned their seahorse exports. Most notably, Thailand, the biggest seahorse source country on record, decided to suspend their exports in January 2016. 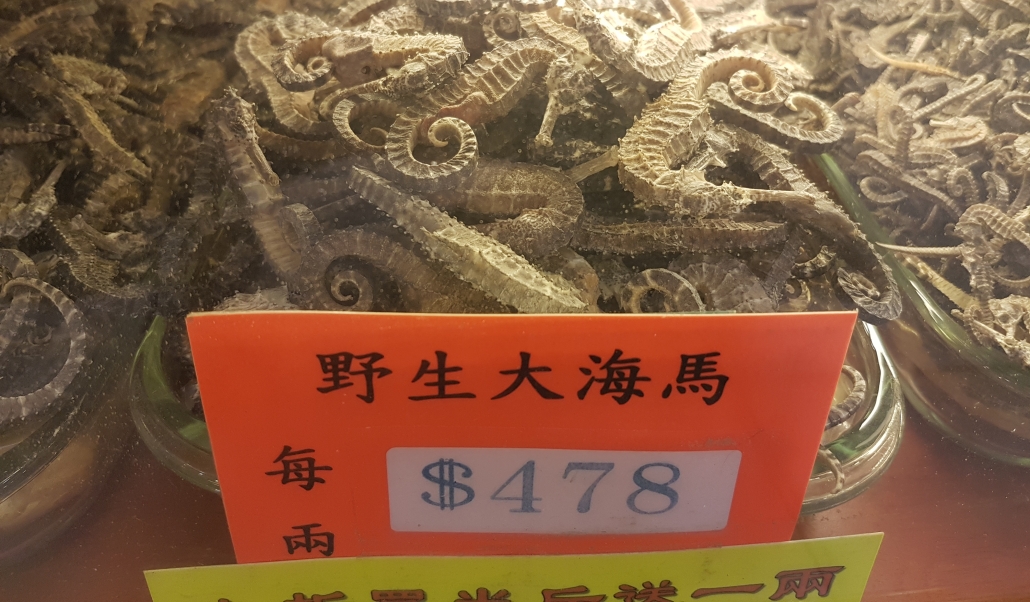 But, have the widespread export bans in the historic seahorse source countries affected the trade worldwide, and if so, how? To investigate if such bans are enforced and to ascertain the impacts, at the end of 2017 our team carried out a survey in Hong Kong, the world’s largest known seahorse importer. We interviewed 189 traders, including traditional Chinese medicine (TCM) retailers, wholesalers, and importers. We asked the traders who had bought stocks of dried seahorses in 2016 and 2017 where these seahorses originated from. We also asked the traders to quantify their seahorse purchase volume for each year, and also the volume from each source. 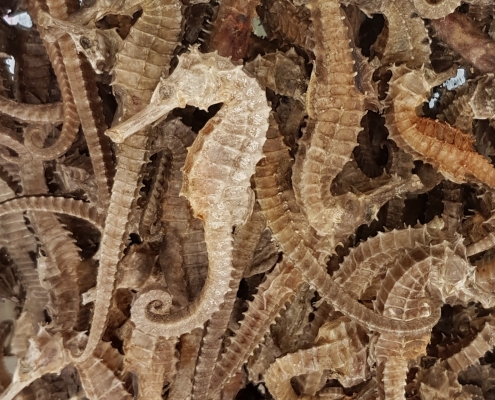 These results are not completely surprising, considering dried seahorses are known to be very easily carried across borders. Because of their small size and form (being dried), smugglers can simply transport seahorses in their suitcases or pockets. This means the enforcement of any trade regulations is becoming increasingly difficult and requires strong surveillance. When countries declare bans without appropriate enforcement in place, this can lead the trade to move to black or illicit markets rather than reducing it. During our survey, some respondents reported that they could no longer buy seahorses from legal importers – so they had to turn to “the people with suitcases on the street” for new supplies. Such changes in the import and domestic supply chain makes the monitoring and management of trades even more difficult. Our findings provide evidence that current legislation is not well enforced and the magnitude of trade in seahorses may have remained the same as it was before the bans.

More importantly, if non-selective fishing practices are left unregulated, sustainable use of seahorses is not possible. The greatest threat to seahorses is bycatch of indiscriminate fisheries, such as trawling. Therefore, as long as fishing practices continue as usual, seahorses will still be caught even if demand can be reduced. Improving current fishing management and practices is likely to be more critical for sustainable seahorse trade than imposing a ban without the adequate enforcement measures in place.