Seeing an animal hanging lifelessly from a snare is a heart-wrenching experience. Knowing that most animals caught in snares are left to rot without being used for meat or any other purpose might be worse.

Over an eight-year period, 2001 – 2009, we recorded 10,231 incidents of illegal hunting in a wildlife conservation area in southeastern Zimbabwe, the Savé Valley Conservancy (SVC). Sixty-three percent of these incidents used snares, which is an illegal form of hunting in Zimbabwe. Almost fifty-nine percent of animals caught in snares were left to rot on the snare lines. What if we could prevent these unnecessary losses?

The SVC is home to many iconic wildlife species such as elephants, lions, rhinos, giraffes, and buffalos. However, with the onset of political turmoil in the early 2000s, large sections of wildlife fencing surrounding SVC were removed, enough to make over 400,000 wire snares, many of which were recovered by anti-poaching teams. We found illegal hunting to be widespread throughout SVC. During the period of our study, we discovered the deaths of at least 6,454 wild animals, equating to a minimum of USD 1 million in financial losses annually – the ecological and financial scale of the problem is massive. However, in an area like SVC, which covers 3,450 km2, tackling the problem of illegal hunting is challenging. 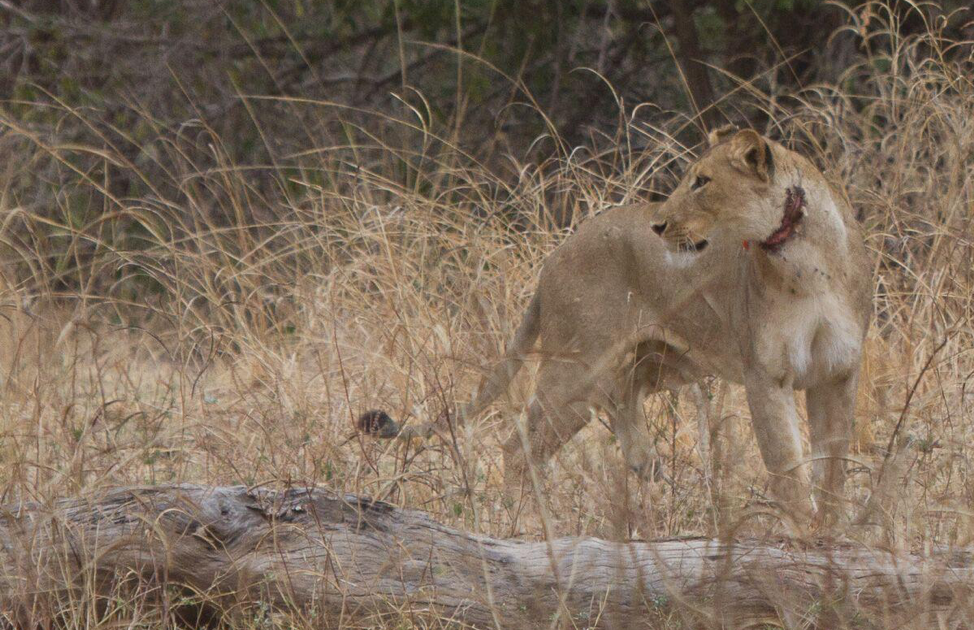 We recently successfully tested the application of geographic profiling, a statistical technique used originally in criminology, to help prioritize search areas where illegal hunters might live. The method is typically used by law enforcement agencies to help prioritize lists of suspects undergoing investigation, based on the pattern of serial crimes (e.g., murder). Typically, for example, criminals commit crimes within a reasonable distance of their homes or places of work. In the case of wildlife crime, illegal hunters are more likely to live outside protected areas, but travel into protected areas to hunt. We modified our use of geographic profiling to address this issue of “commuter crime”, where illegal hunters are likely to reside outside of SVC, but “commute” to the conservancy to setup their snares. We did this by testing decreasing probabilities of the poachers living inside compared to outside SVC. In general, a geoprofile results from two processes: spatial clustering of the poaching locations, and finding the sources of the clusters, or where poachers are likely to live. The iterative process we implemented initially randomly assigns poaching incidents to clusters, and then based on the clustering, the model estimates the sources of these clusters. Secondly, depending on the source locations, poaching incidents are then reassigned to clusters. These steps are repeated thousands of times until the model fits the data well. 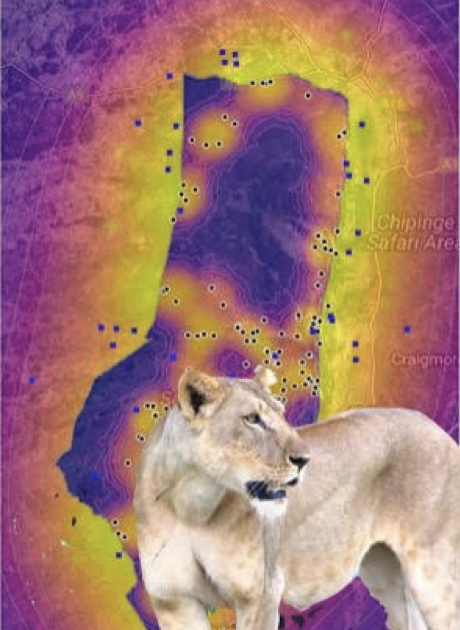 Example geoprofile with lighter areas highlighting the areas that should be prioritized for search (S. Romañach)

Using geographic profiling, we were able to identify where 50% of the illegal hunters reside after searching only 11% of the area. To do this, we used a subset of our illegal hunting records where the identity of the hunter was known, allowing us to test the methodology. We found that we could successfully identify the villages where the hunters were coming from, based on the locations of the snares. Given the size of most protected areas, having a system to narrow down potential search areas for the sources of illegal hunting can greatly reduce required resources and more effectively focus conservation actions.

Interviews we conducted with illegal hunters surrounding SVC revealed that although some respondents expressed a desire to purchase alcohol (15%) with the income they made from illegal hunting, most respondents used the money to buy food (97%) and clothes (44%).  Understanding the drivers of illegal hunting can direct us to solutions to the problem. Information about where illegal hunters may live can help us target villages, streamlining and effectively utilizing law enforcement and community engagement efforts. This is particularly valuable because resources for law enforcement in Africa are already scarce. By employing techniques like geographic profiling, in combination with local intelligence, the use of limited resources can be much more easily prioritized.

We dedicate this article to our friend and colleague, Steve Le Comber, who left this world much too soon.

Disclaimer: Any use of trade, firm, or product names is for descriptive purposes only and does not imply endorsement by the U.S. Government.

Is the demand for vulture parts in Nigeria affecting regional vulture popul...

J. OnojaCITES 18th Conference of the Parties
Scroll to top