The 2017 Wildlife Trade Symposium convened knowledge exchange sessions across various conceptual and practical issues that come up in addressing the illegal wildlife trade, as well as explored opportunities with different stakeholders for innovation applications and collaborations. Summaries and outcomes from some of the discussion-oriented sessions are included here as a taster; do get in touch with the relevant session leader if you would like to learn more.

The complex and covert nature of the illegal wildlife trade makes it difficult to understand and address. A key challenge is quantifying what drives or facilitates trade at different points along the trade chain, from wildlife harvest in supply countries, through the permeability of transit routes, and finally consumption in demand countries. For example, poor governance quality might be associated with increased illegal harvest in source countries, while national wealth levels might increase consumption in end user states. In this workshop (run twice to enable greater participation and diverse inputs), session lead, Fiona Underwood stimulated and guided a critical discussion around: (1) identifying key drivers of trade and (2) the challenges of identifying robust sources of data on these drivers, with three break-out groups discussing source, transit and consumer countries. After feedback, Fiona then explored how these data may be statistically modelled to robustly identify which drivers are in fact significantly associated with trade levels. The workshop ended with an example of how Bayesian belief networks could be used to measure the effect of key conservation interventions designed to curb illegal trade levels, using the ivory trade as an example. Open discussions provided participants clarity on the modelling process, the opportunity to think critically about assumptions behind drivers of trade, what works to tackle it and how this can be tested empirically. Examples, suggested by participants, provided insights on how this framework could be applied in different contexts.

There are no established guidelines for conducting Illegal Wildlife Trade (IWT) fieldwork, including market surveys, respondent sampling, ethics protocols etc. There are, however, very specific challenges to research that engages active criminals, hidden populations and sensitive issues. These present unique methodological challenges related to validity of information, researcher safety, ethics, sampling and project design. This session, facilitated by Jacob Phelps and Gary Potter, from Lancaster University explored key themes and challenges in conducting IWT fieldwork. Lessons from experienced IWT and criminology researchers were initially presented, and participants actively contributed to group discussions, debates to draw out collective experiences to develop draft guidelines that can inform future IWT fieldwork. Workshop discussions have since let to participants collaborating to identify what resources can be created (and how) to take this further. 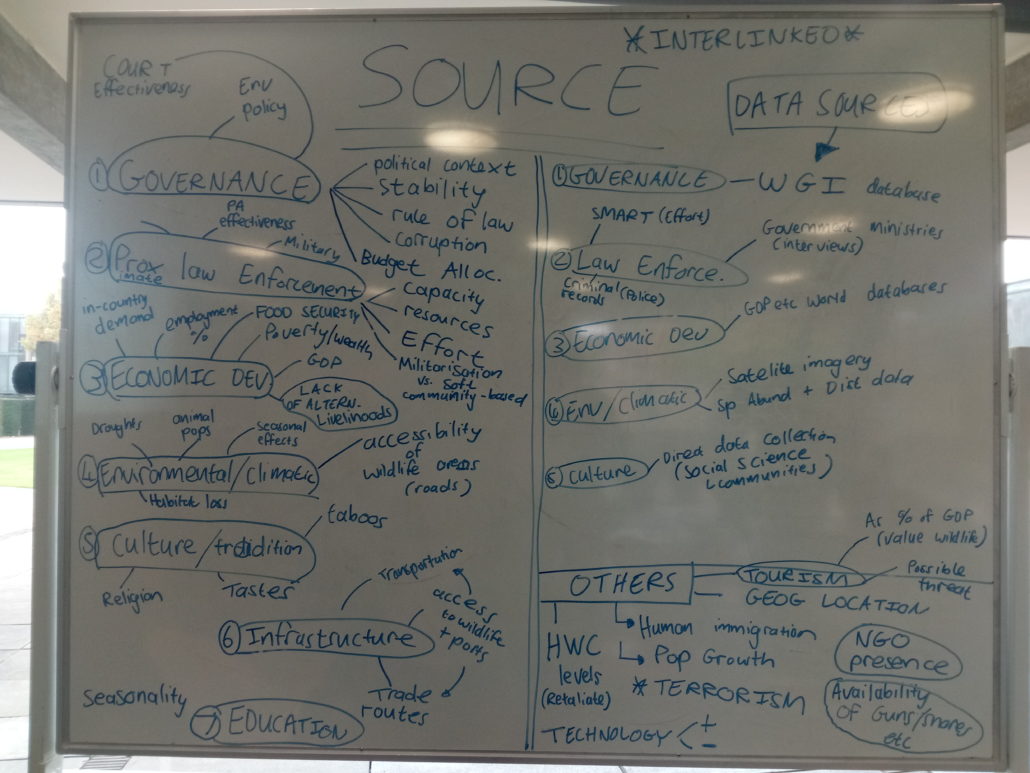 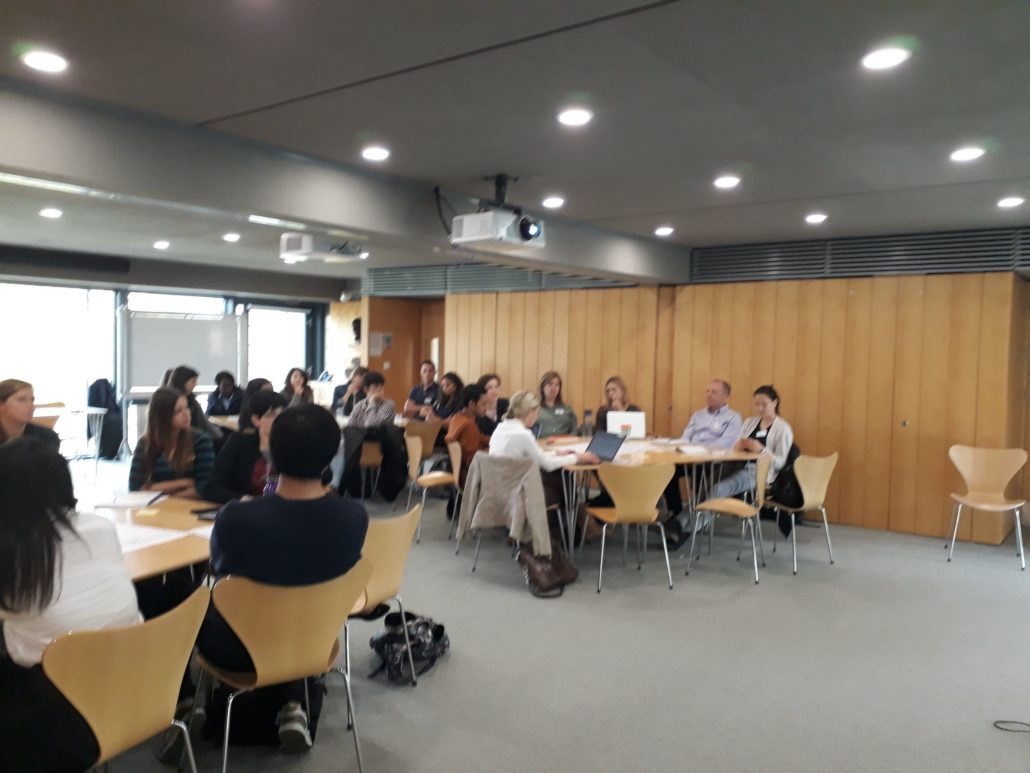 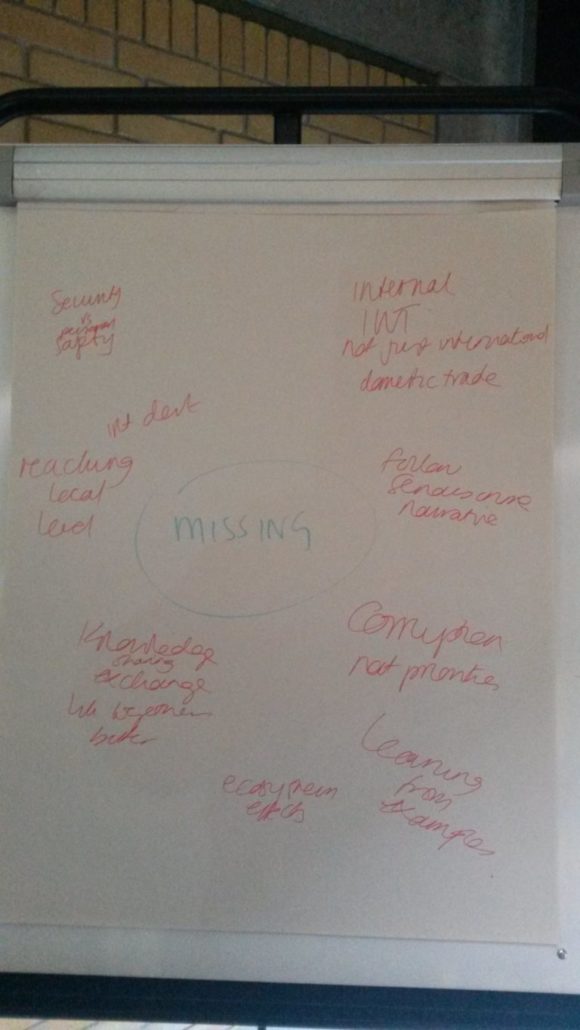 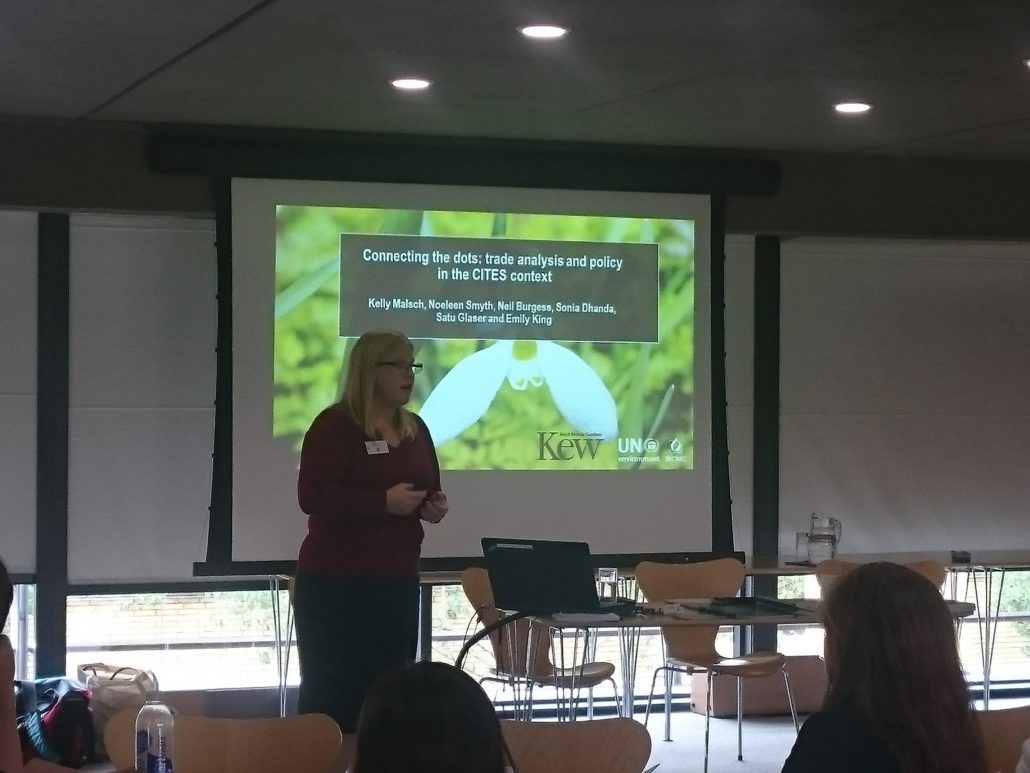 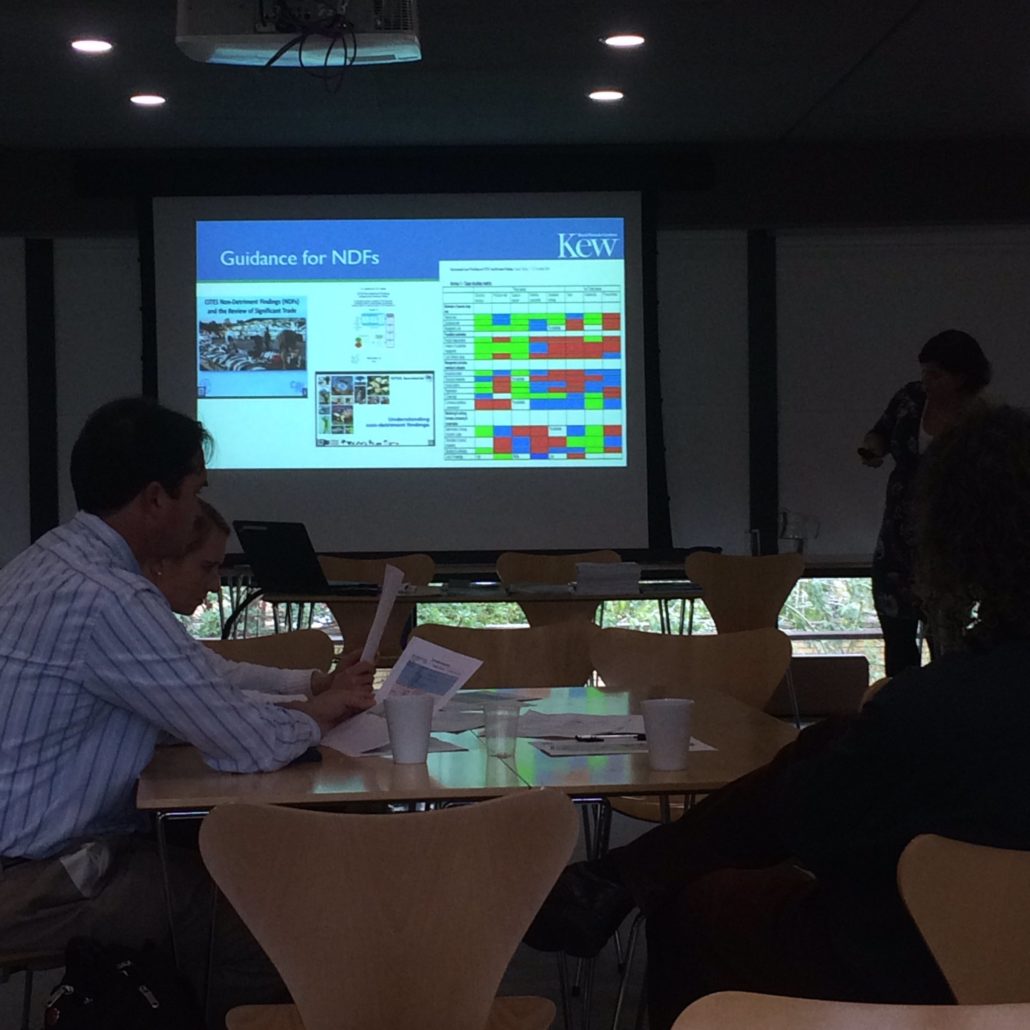 The BIOSEC project team from University of Sheffield, Rosaleen Duffy, Hannah Dickinson and Laure Joanny led a knowledge exchange workshop on Biodiversity and Security. The session was attended by 20 participants with a diverse range of expertise, spanning the sectors of NGOs, Government, media, academia and the private sector. Discussions were centred around three key areas: the militarisation of conservation, the use of technologies, and the challenges of international regulation. Reflections were made on the differences in approaches for particular species, regions and, how and why some approaches encounter resistance. The discussions from the workshop, which took place under Chatham House Rules, will be used to shape work and thinking on the BIOSEC project. A full summary of discussions and outcomes can be read here.

Connecting the dots: trade analysis and policy in the CITES context

This session, led by Kelly Malsch and Neil Burgess from UNEP-WCMC and Noeleen Smyth from the Royal Botanic Gardens, Kew (UK CITES Scientific Authority – Flora), provided participants with a better understanding of the way CITES works, what tools are available to help monitor legal international wildlife trade, and how governments use the data and tools available to make decisions on the sustainability of trade. In the first part of the workshop participants were provided with an overview of core CITES processes and the main databases that underpin these processes, with the focus on two key tools – Species+ and the CITES Trade Database. Participants were then given the chance to act as a Scientific Authority and work through the step-by-step process of making a sustainability assessment. The session was concluded by opening the floor to discussions on possible future analyses and brainstorming of dedicated research efforts that could provide key information to ensure that wildlife trade is sustainable. Themes that emerged from this discussion included: importance of research on taxa and geographic areas that have been underrepresented in research; the benefits of learning from other disciplines (e.g. criminologists, medical practitioners (evidence-based approaches)); and the need to consider wildlife trade in the context of the multiple threats to biodiversity. 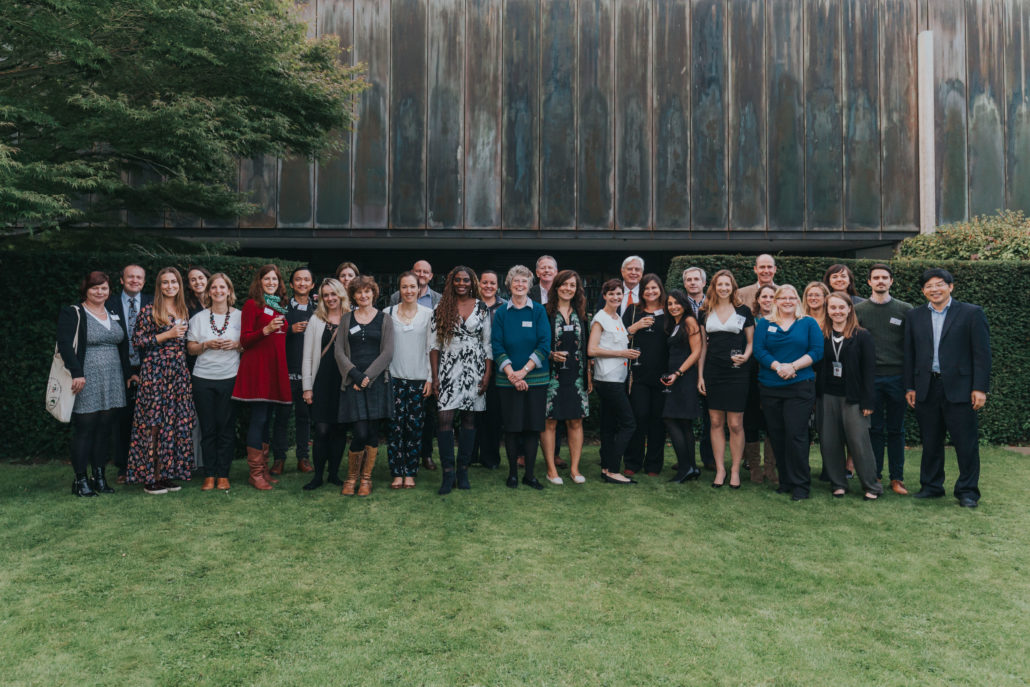 Just some of the 2017 Symposium contributors and team. Photo credit: Ian Wallman

Businesses play a key role in trade and facilitating trade in both legal and illegal wildlife products. This session, led by Steven Broad, Thomasina Oldfield and Anastasiya Timoshyna of TRAFFIC, highlighted various recent innovations in engagement with businesses to reduce illegal trade, switch to more responsible sourcing and avoid facilitating illegal activities including FairWild plant sourcing, the tradition medicine sector, the transport sector, the financial sector, internet companies. The workshop facilitated discussion with participants on the focus of activities to further encourage market transformation, fostering real change rather than empty pledges and reducing the barriers to real action to address this issue.

The supply and demand for wildlife parts and products is at its most intense in Asia and Africa, regions where religion is a powerful force in society and a strong determinant of individual decision-making. Buddhist, Daoist, Hindu, Muslim and Christian faith leaders are widely viewed as being among the most influential figures in society. Engaging with religious leaders, and through them, their vast communities can have a powerful impact on one of the key drivers of the wildlife trade; people’s views about nature. Chantal Elkin of the Alliance of Religions and Conservation (ARC), led this session which started with each participant introducing themselves and sharing their personal views and experiences of the relationship between religion and conservation (stories were shared from elephant conservation in Mozambique, Zoos in the USA, and primate trade in Morocco). Chantal then presented on ARC’s work with religious partners in wildlife trade hotspots in Indonesia, Malaysia, Cambodia, China, India and Kenya, highlighting some remarkable behaviour change achievements. Invited speaker, Shaunaka Rishi Das of the Oxford Centre for Hindu Studies shared philosophy on how Hindu principles, such as ahimsa (do no harm) may influence people’s ways of valuing wildlife. The session ended with open discussions between facilitators and participants on overlaps and possible synergies, including how the impact of religion-mediated behaviour change interventions could be evaluated. Overall, there was a sense of excitement and camaraderie about the common ground between religion and conservation. 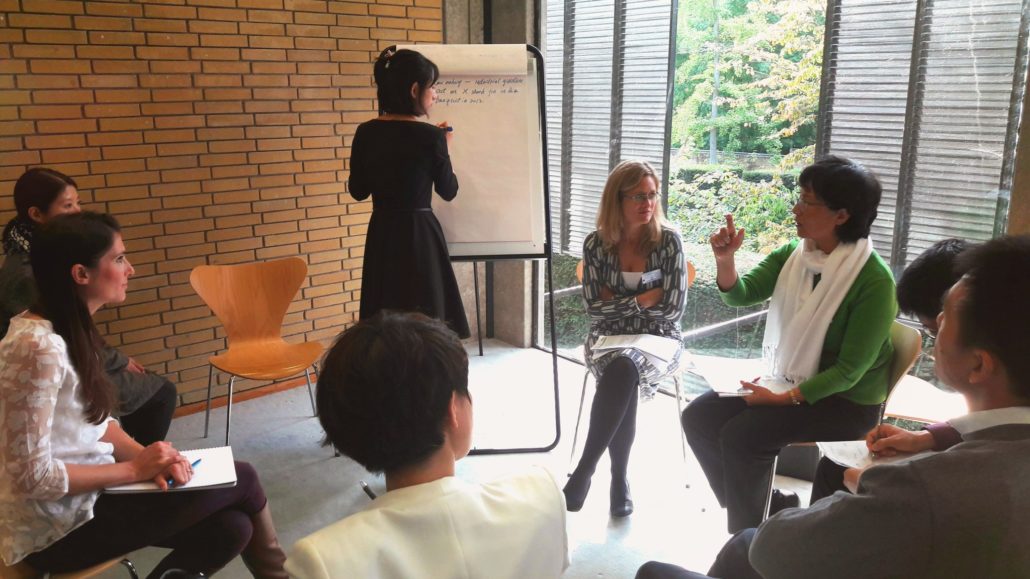 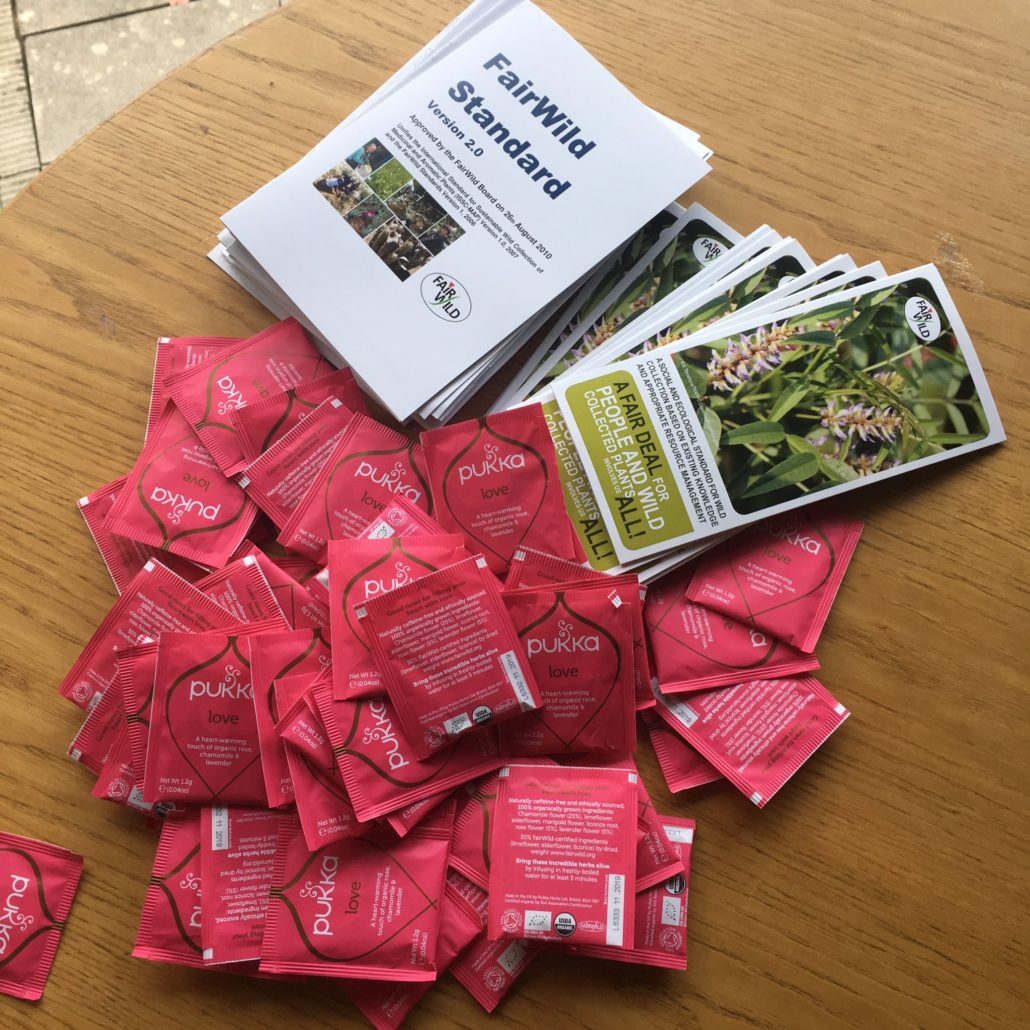 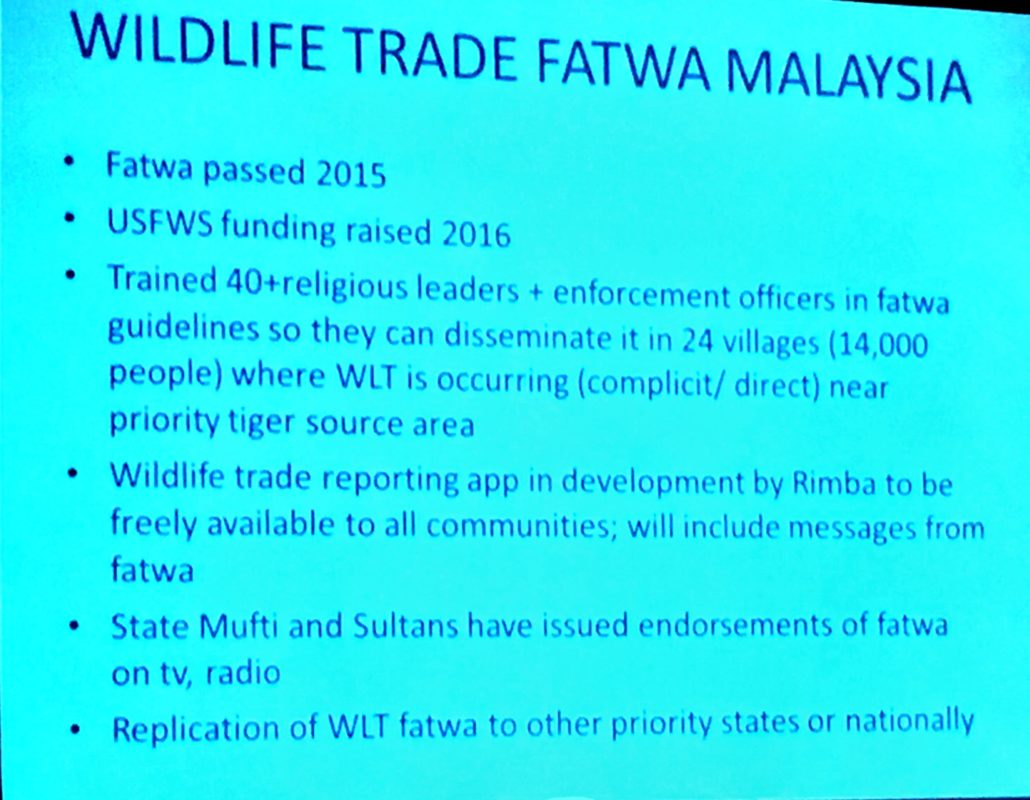 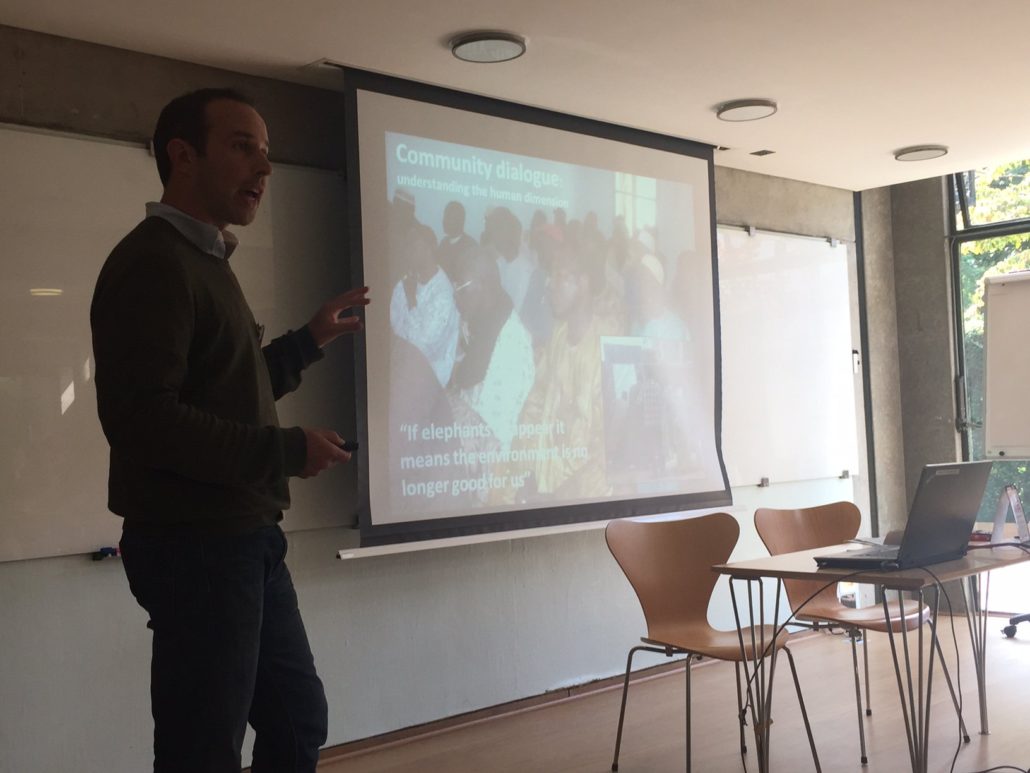 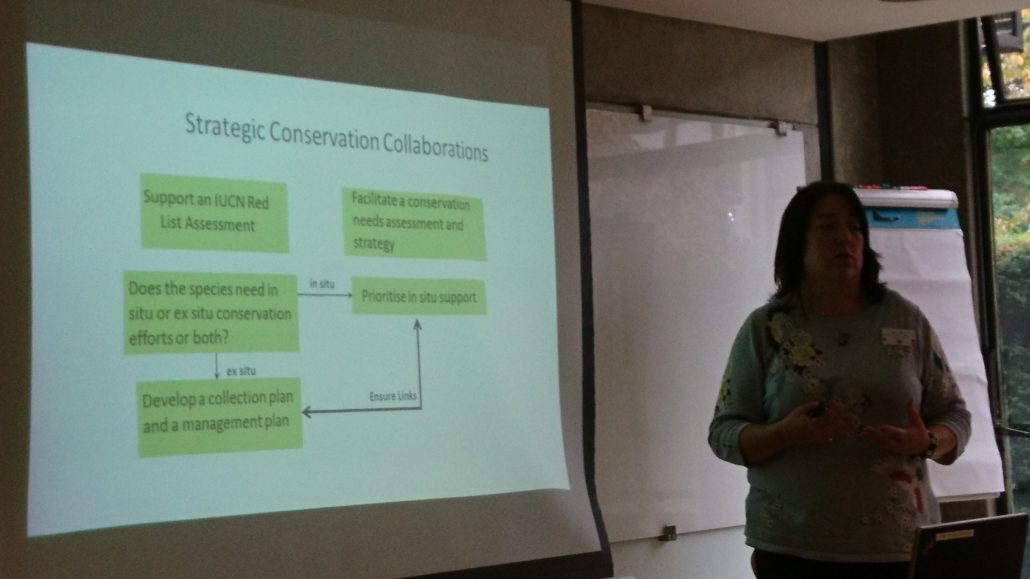 Illegal Wildlife Trade (IWT) is a significant threat to populations of many species and also recognised as having links to criminal networks and insecurity. It undermines the rule of law, contributes to weak governance, hinders economic development and exacerbates poverty for those who are often amongst the poorest and most marginalised members of society. These communities living with wildlife are directly affected by insecurity and the depletion of natural resources that represent potentially important livelihood and economic assets. Community members can also find themselves disproportionately targeted by enforcement efforts. In many instances, the outcome of interventions to address IWT, will be heavily influenced by the communities who live with wildlife. It is imperative that those looking to address IWT share lessons around success and failure of community-focused interventions to understand better those approaches that have an impact on reducing IWT whilst also benefitting communities.

Zoos and Aquaria in the 21st Century

Robin Keith and Stacey Johnson (San Diego Zoo), in junction with Zoological Society of London and EAZA, led this session on how standards of zoo and aquarium professionalism have evolved from the 18th Century to the present day and challenges the commonly held misconception that all zoos and aquaria contribute to the illegal wildlife trade. It charts the history of zoos and aquaria, the development of an ethos as a professional community, and the evolution of zoos and aquaria from consumers of wildlife to protectors of wildlife. Modern zoos and aquaria have a collective audience numbered in the hundreds of millions; and those which are conservation-conscious are eager to ally with other wildlife conservation organizations to steward the natural world. A series of case studies were explored to consider ways to expand and strengthen zoo/aquarium influence and collaboration with in the wildlife conservation community for curbing illegal wildlife trade. Participants contributed ideas and discussions to shape an initial strategy in the following areas: 1) Regulation and enforcement: support confiscations through species identification expertise, resources and husbandry, 2) Market transformation: reduction of consumer use and demand through a collective global audience, 3) Leadership and capacity building within and outside the industry, particularly in terms of best practices and certifications.

69th Standing Committee Meeting of the Convention on International Trade in...