Colombia has the highest number of endemic orchids in the world, approximately 4,300 species which represents about 15% of the global total. In the country, orchids have long been commercialized as ornamentals, either in the horticultural or floricultural trade. Tropical orchids were collected intensively for export to Europe during the Victorian orchid fever, after the tulip mania bubble crisis (see our movie, Orchid Hunters to be released soon). Orchid hunters are still common in Colombia, mainly to supply private collectors who pay local people and farmers to extract orchids from tropical forests.

Although all orchids are currently included in Appendices I and II of CITES, commercial collection and illegal trade contribute to existing population declines. Many orchid species are endemic to small regions and as a consequence they are not only threatened by rapid habitat loss, but also illegal extraction. This leaves a great need to implement different conservation strategies to help maintain this resource and generate sustainable development alternatives for local communities. Ideally such strategies should integrate into economic, social and scientific activities.

Private collectors play a major role in the conservation of orchid species because of their impressive ex-situ living collections. In the city of Medellin alone there are six commercial and 44 amateur orchid growers. The most impressive collection from this region consists of about 2,500 Colombian species and 6,000 species found globally, accounting to approximately 200,000 live orchids. Amateur collectors have smaller (100-1,000 species) and more specialized collections. In Colombia it is still common to find growers collecting wild orchids to enhance their private collections. Illegal trade may also be relevant, albeit there is little publicly available information about it. However, private collectors are starting to be recognized as a solution rather than only a problem for orchid conservation. Most of these collectors belong to the biggest horticultural society in Colombia, Sociedad Colombiana de Orquideología (SCO). 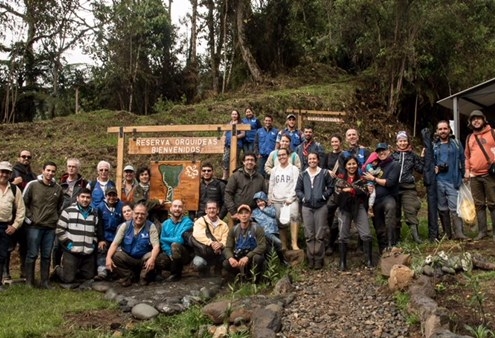 The Colombian orchid society (SCO) is the largest horticulturist association in the country. Members are starting to play a major role in orchid conservation. Photo credit: Tatiana Arias

Some of the orchid conservation initiatives SCO members have led include: hosting the largest orchid show in Colombia to sensitize the general public about orchid diversity, “Orquídeas, artesanías y flores”; producing the 2014 book publication, “Orquideas del Valle de Aburra” with pictures dating back to 1960; implementing in-vitro cultivation of the Odontoglossum naveium species in response to it facing near extinction; and the recent acquisition of 200 ha of cloud forest dedicated to preserve orchids and educate the general public and local communities about their importance.

These initiatives have served, for example, to understand the decline of orchid diversity in Medellin where about 80% of photographed species still exist in the city, but about 25 species no longer grow in natural habitats. However, most of these locally extinct species still persist in private collections and could potentially be reintroduced back into their natural environments within the city. A second example of how horticultural collections from SCO members have been crucial to save species from extinction is Odontoglossum naveium. This species was considered extinct in the wild since 2014 with only a single plant, living in Europe. However, during an orchid show in Ecuador, a second grower was found with a different clone of this species. This allowed individuals to be in-vitro cultivated; the species is now slowly being reintroduced and is widely available for legal trading.

Since 2017, The Center for Biological Research formed a partnership with SCO. This partnership was initiated to preserve orchids of the Colombian Andes and their ecosystems by involving local communities to create in-situ and ex-situ conservation strategies and availing an alternative mode of subsistence through legal orchid cultivation and commerce. We are providing the communities with the knowledge from private collectors and creating a partnership between collectors, communities and scientists in order to protect orchids, a flagship taxon for the Andean forests.

Through this partnership, the same approach has been taken for other endangered species and population genomics has been used to inform reintroduction strategies with a better understanding of their genetic diversity. For these reintroduction experiments, Masdevallia hortensis was adopted as the flagship species for La Reserva Orquideas. Aspects of biotechnology, conservation and citizen science have been integrated into this collaborative project as well.

Scientists need to help bridge the gap between private orchid collectors (even if they may also be involved in illegal orchid collection) and conservationists. One way to do this is through building trust. Institutions and scientists that work with private collectors do not often share results or involve them in the whole research process. However, if they actively involve them to identify relevant the research questions and subsequently share results, the collectors may be more inclined to share their knowledge and provide access to their collections, which is invaluable to conserve Colombian orchid diversity. 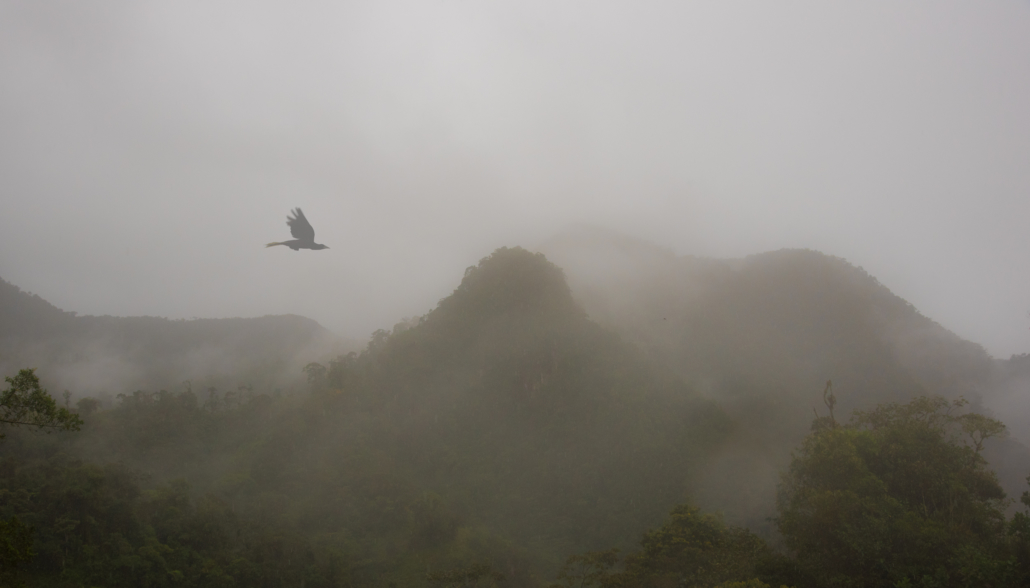 Protecting the Bengal tiger in the Bangladesh Sundarbans: are SMART patrol and...