You study the tourism leaflets in the hotel lobby. Tomorrow is the last day of your holiday in Thailand, and you promised to take your kids to see some animals. Two adverts catch your eye. One is for an attraction called “Tiger Territory”, with a glossy picture of a tourist, her arms around a tiger. Beneath are smaller photos of children bottle-feeding cubs with a caption reading: “the perfect combination of tourism and wildlife preservation”. The other leaflet is for “Elephant Valley Park”, which promises visitors a walk with rescued elephants in their reserve, and a chance to watch their natural herd behavior.

You hesitate – something about the tiger attraction makes you uneasy, but while the kids like elephants, you know they’d really love to see a tiger. So, you decide on Tiger Territory. After all, it’s doing conservation. A win-win, right? 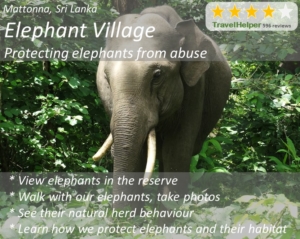 In this case, probably not. Many tiger attractions have negative impacts on tigers’ welfare and their overall conservation status. Some have been implicated in the illegal trade in tigers and tiger parts. Of course, this isn’t mentioned in advertising materials – and every day tens of thousands of international tourists make decisions like the above, often leading to undesirable outcomes. In 2015, we conducted a desk-based audit on the impacts of 24 types of wildlife interactions available globally (about half the types in existence). We estimated that attractions within these 24 types are likely to negatively affect the welfare of 230,000–550,000 individual animals, and 120,000–340,000 individuals may have been sourced in a manner likely to reduce their species’ conservation status. These attractions host 3.6–6 million tourists every year, of whom around 60%, whether they know it or not, are paying to visit attractions likely to have negative impacts.

There is no global regulation of wildlife attractions and so standards in many countries are determined by tourists’ willingness to pay for such experiences. An unfortunate quirk of tourist psychology means online reviews, even for attractions with objectively bad conditions, tend to be positive. So with standards often in the hands of ill-informed consumers, how can genuinely beneficial wildlife venues be promoted?

This is the conceptual interface between wildlife trade and wildlife tourism interventions. For any wildlife product (whether ivory, a traditional medicinal ingredient or an exotic pet), its global market depends on individual consumers’ choices. A key strategy for mitigating impacts is therefore to reduce or redirect consumer demand. In the case of wildlife tourism attractions we, as conservationists, require interventions to empower tourists to be able to identify, and then avoid, exploitative attractions. But could such interventions work? 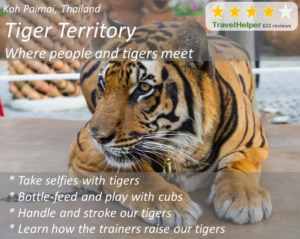 To answer this question, we created an experimental online survey of 3,200 respondents from five countries: China, Australia, Canada, the USA and the UK. Respondents were shown ten mock webpages, designed as typical promotional materials for wildlife tourism venues. Five of the mock attractions offered activities typical of wildlife-benefiting venues and five offered activities typical of wildlife-detrimental venues. Respondents were asked to score all venues based on how much they would like to visit each.

The hidden catch in our survey was that we “primed” half of the respondents from each country to consider the impacts of their choices. Before the survey, we ask them to indicate whether they thought reasons for venues to keep animals (e.g. “Animals are kept to provide jobs for local people”) were good or bad reasons, and then whether or not they agreed with statements about venues’ impacts (e.g. “These attractions are always good for animals”). The remaining half of the participants, the control, were simply given the survey.

After completing the survey, all participants were shown our own ratings for each venue’s likely welfare and conservation impacts, and asked if they wished to re-assess their previous scores. In response, 74% of participants from Australia, Canada, the USA and the UK stated that they probably or definitely would not visit. This effect was smaller for Chinese respondents, with only 35% stating they would probably or definitely not visit.

Primed respondents were able to distinguish beneficial from detrimental venues, and preferred those which benefited wildlife. This is a basis for cautious optimism. The only difference in how activities were described is that wildlife-detrimental venues permitted close interaction with the animals (e.g. touching, riding and selfies), and/or animal shows, whereas the wildlife-benefiting venues did not. The absence of such activities is often the most reliable external indicator of a venue which genuinely prioritizes their animals’ wellbeing. Primed respondents were able to pick up on these cues.

Further studies on appropriate messaging for Chinese tourists are ongoing, but our results indicate that at least among Western tourists, demand reduction campaigns could be effective. Stimulating tourists to consider the consequences of their choices may drive revenue away from wildlife-detrimental venues. The effect of directly informing respondents about venues’ impacts strongly argues such information should be made widely and prominently available.

Understanding the role of ivory traders by leaving the ivory tower: the value...