Some stories are just too alluring not to be true. When in the early 2000’s several major media outlets in the UK reported that the increasing popularity of Harry Potter, the boy wizard that keeps a snowy owl as a pet, was leading to an increase in demand for pet owls, the narrative quickly gained a live of its own. It certainly seemed plausible that one of the largest literary and cinema phenomena of the last decades could have influenced the behavior of its audience and led to a surge in interest in owl keeping. The reach of these claims was such that J.K. Rowling, the creator of Harry Potter, released multiple statements asking her fans to give up on the idea of keeping owls as pets.

There was however, one important detail. While plausible, the link between Harry Potter and the owl trade relied solely on anecdotal information, sourced from a handful of people. However, complex relationships such as this can be tricky to understand and so we thought it would be key to have a more scientific look at the claims being made in the press. To do this, we started by first measuring the two variables in question: the number of owls kept as pets in the UK and the interest in Harry Potter, a basic step to be able to study any cause-effect relationship. 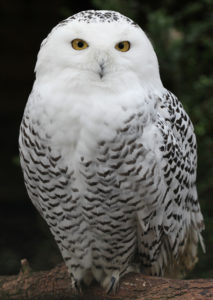 In terms of measuring owl demand, we leveraged the current UK legislation that makes it mandatory for owl owners to ring their birds. These rings are only available at a few locations and we used data from the British Bird Council and the Independent Bird Register, to see how owl ownership has changed over the last few decades in the UK. Measuring interest in Harry Potter is a little more challenging as it can manifest itself in many ways. Because of this, we used a suite of indicators: online searches, mentions in major newspapers, book sales and movie ticket sales. Yet, our analysis showed that none of these indicators was a good predictor of increase in owl demand. Thus, even though we had looked at the issue through multiple perspectives we could find no evidence of interest in Harry Potter driving the interest in owl purchases.

Considering the amount of press received in the past on the links between Harry Potter and the owl trade, I was expecting some interest in our results. To get the best possible chance of receiving some attention, we reached out to many of the journalists that had in the past covered this story, as soon as our results were published. The result was disappointing: no interest at all. Besides a few academics on social media, there was no media pick-up of our study.

It is common knowledge amongst the scientific community that studies which fail to find relationships between the variables being investigated (often called null results), receive much less attention, both from the scientists themselves as well as from the media. This means that these studies are often not published and when the results do see the light of day, they are rarely communicated to non-specialists. The problem with this scenario is that an appealing narrative, such as the link between Harry Potter and demand for owls, becomes nearly impossible to challenge, regardless of the lack for evidence to support it.

Setting the record straight, matters. We need the media to be open to correct on its own reporting when new evidence becomes available, particularly when a story has gained a lot of traction with the public. In the age of fake news, where the trust in the media is plummeting, it seems that more than ever it is key to understand that credibility does not mean being always right, but always being willing to correct past mistakes.

Jaguars in the media: what we know and do not know about illegal jaguar tra...
Scroll to top